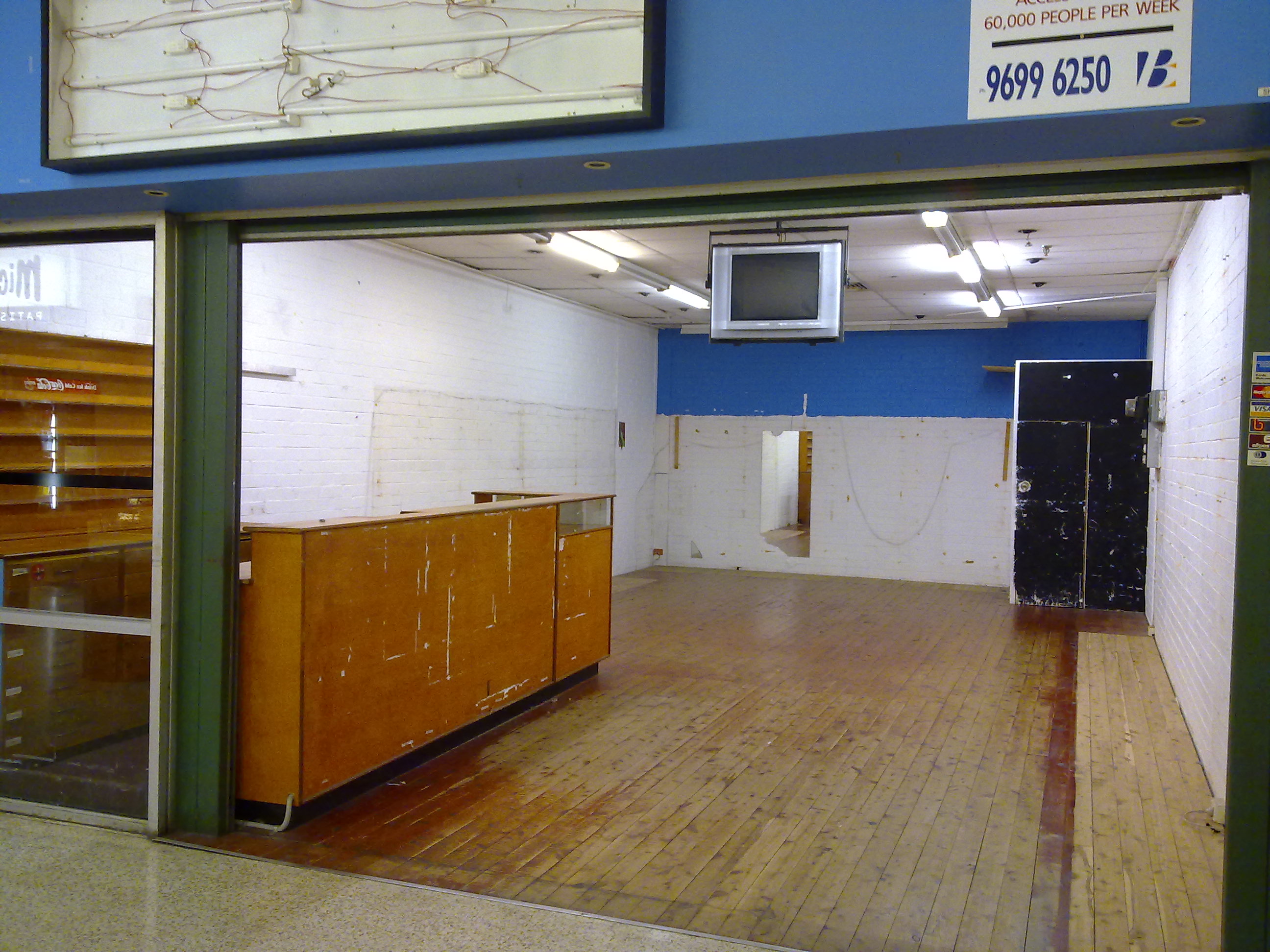 After months and months of decline, our local record store in Surry Hills is no more. As I walked through the mall today I looked with surprise at the empty shop. So, too, did a bloke coming towards me. In the entire time I’ve lived in Surry Hills life at the shopping centre hasn’t changed that much. Yes, they had a renovation a while back, and yes, they changed the name from the Redfern Mall to the Surry Hills Shopping Centre, but otherwise it’s been pretty much the same for a number of years. The only change has been an incremental one: as the record store went from being a vibrant place I went to on a regular basis, to a combination record and video store, and then books came in, and then finally a few weeks ago they moved out entirely. It’s been a discount clothing store for the last few weeks, and now, even that’s gone.

Record stores have been an important part of my life. As a child I would go to Palings in Lismore (or occasionally Chandlers, which was usually cheaper, but had a smaller range). As soon as school finished, I’d go straight to town hoping the latest ABBA release would have arrived. Back in those days, we normally had to wait a week or so before the new releases came to Lismore from Sydney. I got to know the people behind the counter. And they got to know me, and would put things away for me as soon as they arrived. And they’d order things in especially, even without asking knowing I’d be interested.

Throughout my university days I was a regular at Rocking Horse Records in Brisbane where I paid far too much money for import dance music.

And from there, I moved to Bourke where the only place in town you could buy records was at Trev Randall’s newsagency. In the midst of Slim Dusty and co, there were actually some good releases.

And then when I came to Sydney, there was the record shop at the local mall which I continued to frequent for many years.

But like most people these days I haven’t bought an actual CD – something physical – in quite some time. Actually, that’s not true, I buy the occasional CD, but nowhere near as many as I used to. Partly it’s because I’m older, and the youthful desire to collect the top forty, the latest releases, the club hits etc, has passed me by. I’m happy to listen to music on the radio now, on countless internet stations, or on Foxtel where there’s thirty radio channels. And of course there’s the possibility of downloading either legally or illegally.

I’m in the process at the moment of uploading my favourite mp3s to the new storage facility on Google Docs. Although I have everything backed up physically, I think it’s a good idea to back it up in the cloud also. And I guess all of these things has combined together to bring about the decline of the local record store. Still, JB Hi-Fi has survived, and they seem to be doing well with their particular sales model. So I don’t think the record store is dead just yet.

Meanwhile the local video store seems to be surviving, though it’s been years since I’ve been there also.