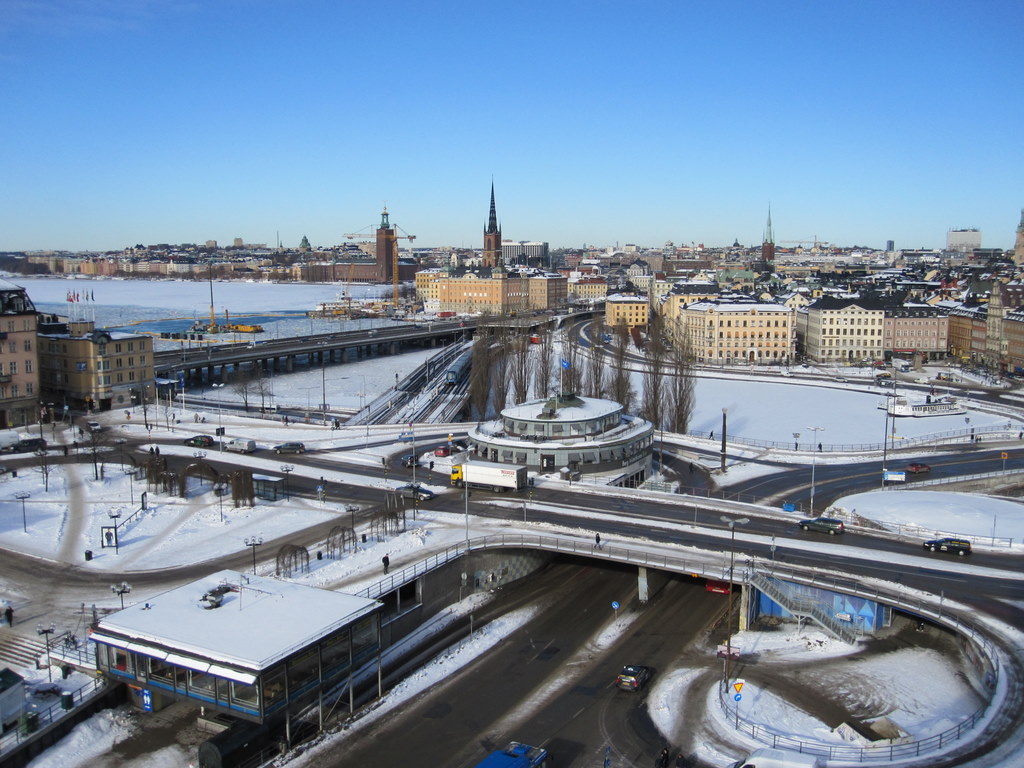 Stockholm for a Week or Two

There’s a couple of people I know who are planning to spend between one or two weeks in Stockholm next year, during the months of April and May.

Based on my own experiences of being in Stockholm during that time of the year (and other times of the year), here are a few handy tips I’ve prepared for them, which you might find useful also.

Where to stay in Stockholm: Where you choose to stay depends on a whole range of things: do you like city-life, do you like the countryside, how much you’re prepared to pay etc. My biggest best advice would be to stay near a public transport stop, especially near the subway/metro system, the Tunnelbana. You can buy affordable transport tickets that give you unlimited travel for 7 days, a fortnight or a month. When you don’t have to worry about how you get around, you spend a lot less time worrying about the dailies. And besides, trains and subways go exactly where they’re supposed to. My other piece of advice would be to make sure where you’re staying has a washing machine in your apartment. There are so many awful stories of conflict over “the washing room” in older Swedish apartment blocks, so if you’re using AirBnB, just double check the washing machine is actually in your apartment.

Personally, I really like the southern island, Södermalm. Traditionally a working class suburb, it’s now become quite fashionable. There are two things I really like about Södermalm: first, it’s a cool, funky, and interesting place to walk around; second, it’s close to the city, so you can actually walk to lots of great tourist places. You also look back over the water to the Old Town, Gamla Stan which is fantastic.

What Clothes To Wear: Earlier today when I was chatting with my friend and colleague who’ll be in Stockholm in mid to late April, she asked what clothes she should wear. She doesn’t want to pack too much clothing, and is concerned the warm clothing she has (she bought in New Zealand) might actually be “too warm”. Going back through my blog posts from March/April/May 2003, I noticed I needed to make a similar transition, and so went to a second-hand clothing store on Södermalm and picked up (for about $30-40) some clothing which kept me both warm and dry. Stadsmissionen is probably the best known second-hand clothing store in Stockholm, though the store I bought these clothes from was called Emmaus Stockholm just off Götgatan.

Getting to and from Stockholm Airport (Arlanda): Of all the options you might consider – regular taxi, fast train (Arlanda Express), public transport (connecting train and bus), airport buses, I’d recommend the airport buses. For around $15-$20 AUD, it will take you roughly 45 minutes from the airport to central. This is slightly longer than catching a taxi, and twice as long as catching the Arlanda Express, but it’s much cheaper, and you get to see a little of the countryside. http://www.flygbussarna.se/EN You can buy your tickets beforehand and just show them on your phone, though noting you shouldn’t buy them too early as they can “expire”.

Getting a Swedish SIM Card:  If you’re going to be in Stockholm for more than a week or so, I really think it’s worth getting yourself a Swedish SIM Card. As well as things like Google Maps, you can access email, social media, and not have to worry about international roaming. WIFI is everywhere, and Swedish homes generally have high-speed broadband, but for the sheer convenience, I think it’s worth spending about $40-50 for a casual plan which is often unlimited but usually has more than enough to do everything you’ll need. The last few times  I’ve visited Stockholm, I picked up a SIM Card from 3 at a fairly reasonable price. Though the website is in Swedish, I found it was pretty simple to go into the 3 shop on Götgatan, and explain my situation. They asked me a few basic questions about usage patterns, and they even set the phone up for me.

Some Great Things To Do

Stockholm Rooftop Tour: I’m not sure if actually operates during April, but the rooftop tour is amazing. Stockholm is a low rise city, and you’ll see a whole lot more if you’re just above the city, not far, far away at Kaknastornet, the radio and TV transmission tower.  I’d also really recommend Katarinahissen.

There are so many great galleries and museums (most of them free), but Fotografiska is my favourite. Great art, great location, and great food.

If you’re looking for a great fun night (that makes the most of the Swedish nights), I’d recommend Patricia, a boat on the water.

Vasa Museet: A massive Swedish warship inside a museum. Amazing.

The Millenium Tour: A walking tour of Stockholm, as seen through the eyes of the books/films by Stieg Larrson.

The Nordic Experience Food Tour: Swedes eat all kinds of food, reflective of their increasingly multi-cultural society, but this tour takes you on a journey of pickled herring, bear and all kinds of great stuff.

Monday Night at Victoria’s: Swedes love pop music and drinking. If you’re sceptical, read the story of a guy I met who was VERY sceptical, and ended up having a great time.

Valborg: A pagan festival at the end of April. Bonfires in the centre of Stockholm.

Kulturnatt: The night when galleries and museums are open during mid-April.

Walking On Ice: Hopefully, there will still be some snow and ice around during March-April, and so long as you follow in the footsteps of others, you should feel confident about walking on ice.

Booze: Swedish bottle shops operate only 9-5 Monday to Saturday, so if you’re looking for take-away alcohol, you’ll need to plan. Supermarkets which are generally open until 10 or 11 at night, sell low-alcohol beer in case you get a little desperate.http://jamesobrien.id.au/2013/05/05/systembolaget-saturday/