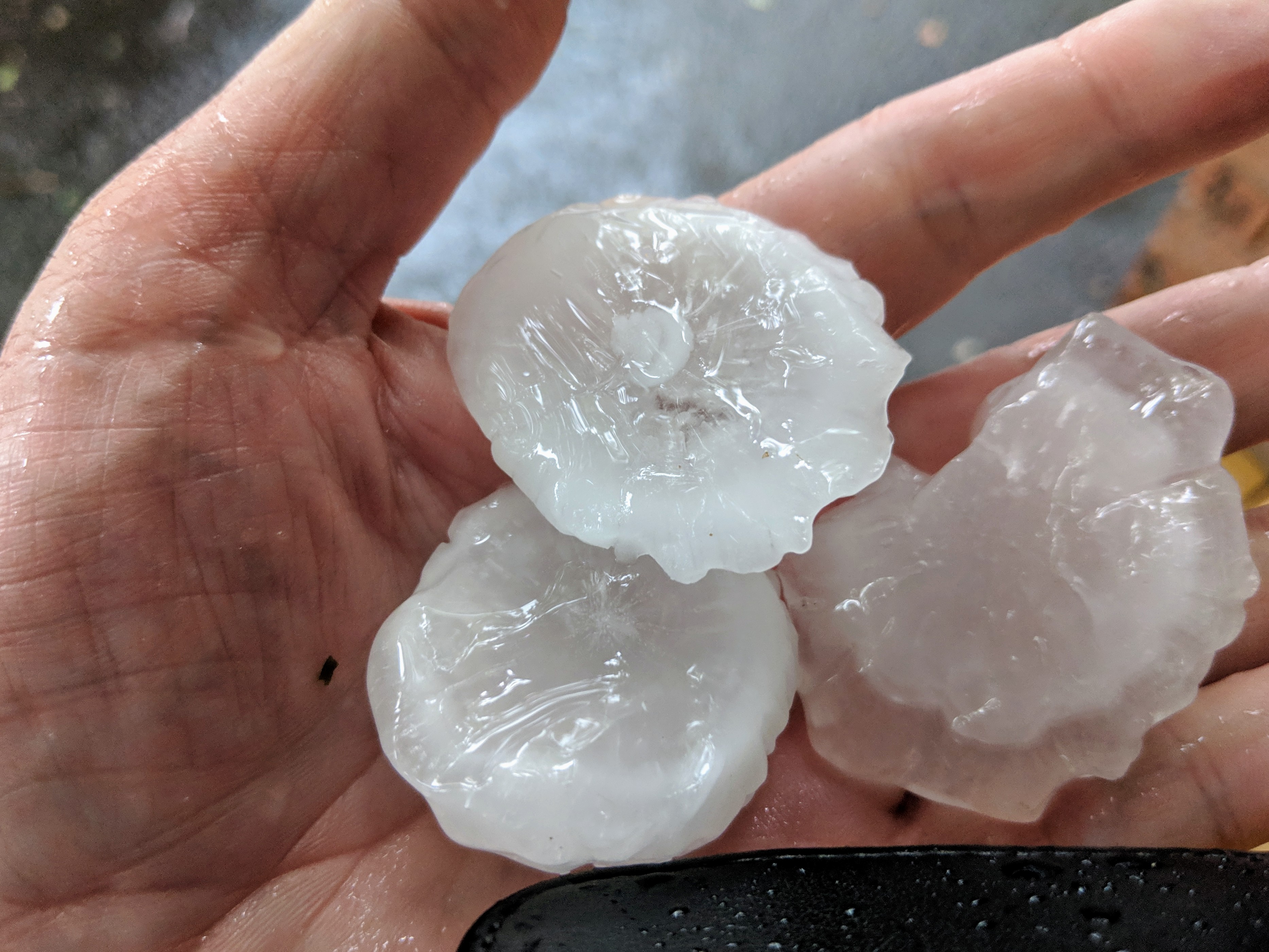 As you may have seen on the news, we had quite a big hail storm in Sydney this week. Or should I say hail storms? There were two distinct storm periods in my part of Sydney, separated by a half-hour period of stunningly bright sunshine. I’m lucky to live in the middle floors of an apartment block, and so I’m generally protected from all weather extremes – never really too hot, never really too cold, and usually well protected from the elements like rain and hail. But unlike previous storms, I was slightly anxious about this one, as hail stones came down through the open areas of the apartment block. I thought they were going to cause damage, but thankfully all was okay.

Of course, there was the big hail storm of the late 1990s which caused many millions of dollars of damage, but the last memorable hail storm in my area was twelve years ago. Though I don’t remember exactly when it occurred, from the photographs, you could have sworn it was winter.

For most of my colleagues this week, things have quietened considerably. By Friday, there were only five of us in an office space that normally houses about twenty people. Most people are taking leave, returning on January 7, I’m working through. With my role, it’s actually quite a busy time, as I take on the reins while others take a break. But at the same time, it’s also quite a nice time of the year to work.

At this time of the year, Sydney is delightfully quiet. You can walk to work and not have to worry too much about the traffic. With fewer people at work, there are less distractions, with fewer emails to respond to, and only a handful of essential meetings. So for me, this is a really nice time.

So I’m not going home for Christmas this year. I’ll be spending it with a friend and a few other people who she also described as “orphans”.

I’ll head up to Lismore some time in February, I think. One family member has a few “legal problems”, while another is going in to have surgery on her knees. I’m not sure if I’ll be a help or a hindrance being there, but it seems like a good time to plan a brief holiday.

Oh yeah, and for the next two weeks, I’ve vowed to wear shorts to work.