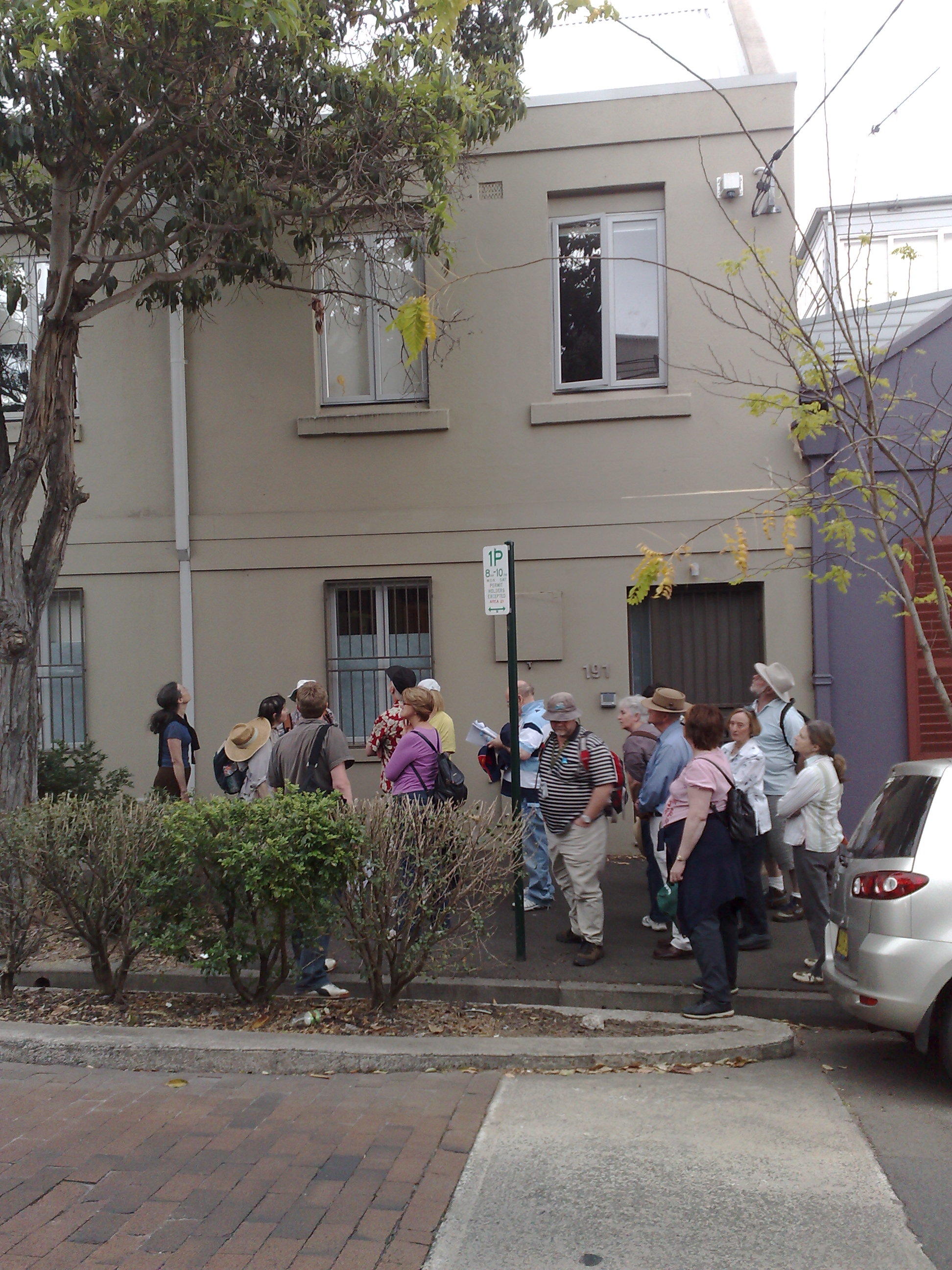 Walk On The Wild Side

I spent most of the afternoon on a walking tour called, “Slurry Hills and Razorhurst”, presented by Mark Dunn President of the History Council and organised by 702 ABC Sydney. Although I’ve been on a number of local history walks before, this was probably the most interesting and illuminating one I’ve ever been on.

The tour started on the steps of St Peter’s Church, Devonshire Street, where we were shown photographs of Kate Leigh’s funeral which was attended by many people including Tilley Devine. According to the accompanying blurb, “From the 1920s until the 1940s two women ran the Sydney underworld: Tilly Devine and Kate Leigh. This walk starts at the front door of Kate’s house and ends at the front door of Tilly’s, taking in the haunts, hollows and hovels of Surry Hills and Darlinghurst along the way”.

What was supposed to be about 2 hours in duration ended up closer to 3, not that anyone minded since there was so much to learn along the way. Although the common thread was Kate and Tilley and their trade in sly-grog, prostitution, and shoplifting, we also stopped by historic buildings including the Baptist Temple where Arthur Stacey (the man who wrote Eternity on Sydney footpaths) attended, and the Reader’s Digest Building (formerly the stables for a brewery).

Come to the end of the walk I grabbed a quick bite to eat and met Andrew for a brief drink.

Now two hours later I’ve got the washing machine pumping away, the television is playing quietly in the background, and I’m enjoying putting my feet up.