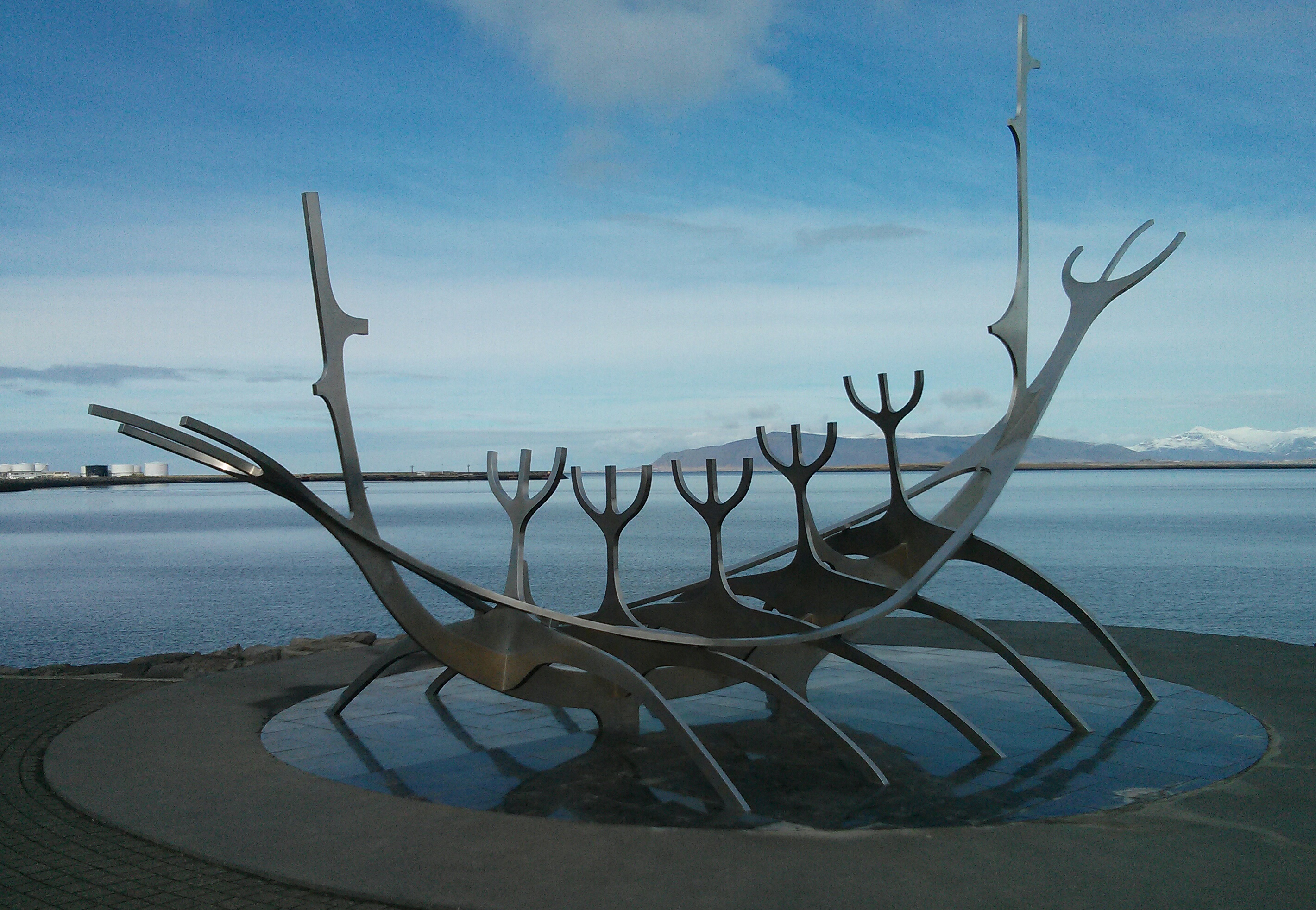 When you’re in a new town or city, a place you’ve never been before, you should always head first to the main church and to the main public arts building. In towns and cities where there aren’t too many sky-scrapers, the main church usually has an excellent view of the city. In a more modern sense, prominent arts buildings (such as an opera house or a museum), usually have great restaurants and cafes which overlook the city.

I would have liked to have taken the elevator to the top of the main church, but there was a funeral there today, and I thought it would be somewhat mercenary to be ranging around waiting for the hearse to leave. Instead, I visited the Recital Hall and Conference Centre, with its unashamedly modern architectural style. In some ways, the design reminded me of the water cube in Beijing, from the outside at least. It’s fairly new, with construction slowed by the economic collapse which occurred. There was hardly anyone there when I visited later in the morning, wandering comfortably through all five levels by myself. At one point, from the fifth level, it was great to sit, quietly, on a comfy leather lounge and enjoy the stunning view of the nearby mountains.

As you do your tourism research, it seems much of the tourist attention for Iceland is focussed on the outdoors experience. It wouldn’t surprise me if a lot of people arrive from overseas and go straight to the countryside, ignoring Reykjavik. I’ll be doing that later in the week, heading off on a two-day trip looking at volcanoes, walking on glaciers and the like. But my personal interests are usually far more cultural. For me, travel is about getting to know the place, to meet some locals, and to better understand the background of why they write, sing, act, and paint/photograph the things they do.

I popped into a couple of commercial galleries today and took a look at the art on display. As with many commercial galleries, there was nothing which really touched me. I’m guessing the more interesting works may be found at the national gallery and museum which I plan to visit later in the week. There was a photographic gallery, though, which I thought looked really interesting. Out the front of the gallery, they were promoting the book, “Shot In Reykjavik” which featured a lot of street photography.

I also noticed there were lots of record stores around the central parts of town, many of them specialising in the music from Iceland. Although I certainly know Iceland which has produced a lot of great music in the last few days, my specific musical knowledge doesn’t extend far beyond Bjork. Her album, Debut, remains one of my all time favourites. It was interesting to have a look through some of the stores and to listen to some of the local music. Located roughly half way between the United States and Europe, the cultural influences of both locations seemed evident.

Later in the afternoon I called in to a bar called Kofinn, hoping to hear a little more in the way of Icelandic music playing softly in the background. “It’s Happy Hour”, the young American bloke behind the bar told me, adding I was eligible for their two-for-one beer option. Winner. But it wasn’t so much the beer that attracted me to the bar as the sign outside which offered Free Wi-Fi. Inside there was only about a dozen people (including myself) and it was almost completely silent. In the main part of the bar there were three young people seated at a nearby table. Two of them had computers. The other had a smart phone. They were all on Facebook. Occasionally they would communicate with each other (in Icelandic), but mostly they were just sitting there looking at their screens. The other reason it was quite in the bar, and I did smile when I realised the reason for their quietness, was there was a large group of deaf people at the other main table. It seems I’ll need to look elsewhere to find a bar where they play local tunes softly in the background.

In terms of architecture, you can’t help but noticed the large amount of construction work going on in the centre of town. There are lots of multi-story apartment blocks being built. The construction is not without controversy if you look closely at some of the graffiti and protest signs I noticed around town. “Money destroying art and culture” was one of the messages I saw written on one wall in a central area of town with a lot of high density housing covered in street art.

I finished the day with an evening dip, once again at my “local” thermal pool. The crowd on both nights has consisted of family and friend groups of all ages. A guy started chatting to me tonight, and then quickly switched to English when I gave him that blank look. When he asked me why I’d come to Iceland, I told him because I thought it would be so completely different to Australia. “We’re at opposite sides of the world and in opposite hemispheres”, I told him. Of course he asked if I was planning to go to the world famous Blue Lagoon hot baths, and when I told him yes, I asked him what he thought of them. He looked at another bloke who was in the pool for guidance, and told me “Sometimes they’re good and sometimes they’re not so good. You should go when the weather’s fine”, he added. I read somewhere the other day locals don’t go there so much anymore, as they’re very expensive in comparison with the local public pools. Another guy, sitting nearby, tried to explain how the Blue Lagoon was constructed, but his English wasn’t up to the task, and so he explained in Swedish instead.

A little while later, as I was enjoying the cooler water of the main swimming pool, an American guy asked me, “Excuse me, are there pools here with different water temperatures?”. “Yes” I told him, pointing him in the right direction. When he asked about the temperatures, I joked they came in hot, hotter, and hotter again. After trying out the hottest one, he very quickly joined me back in the much milder one. Clearly, the hot water/sauna thing is something it takes a little while for non-Icelanders while to get used to.