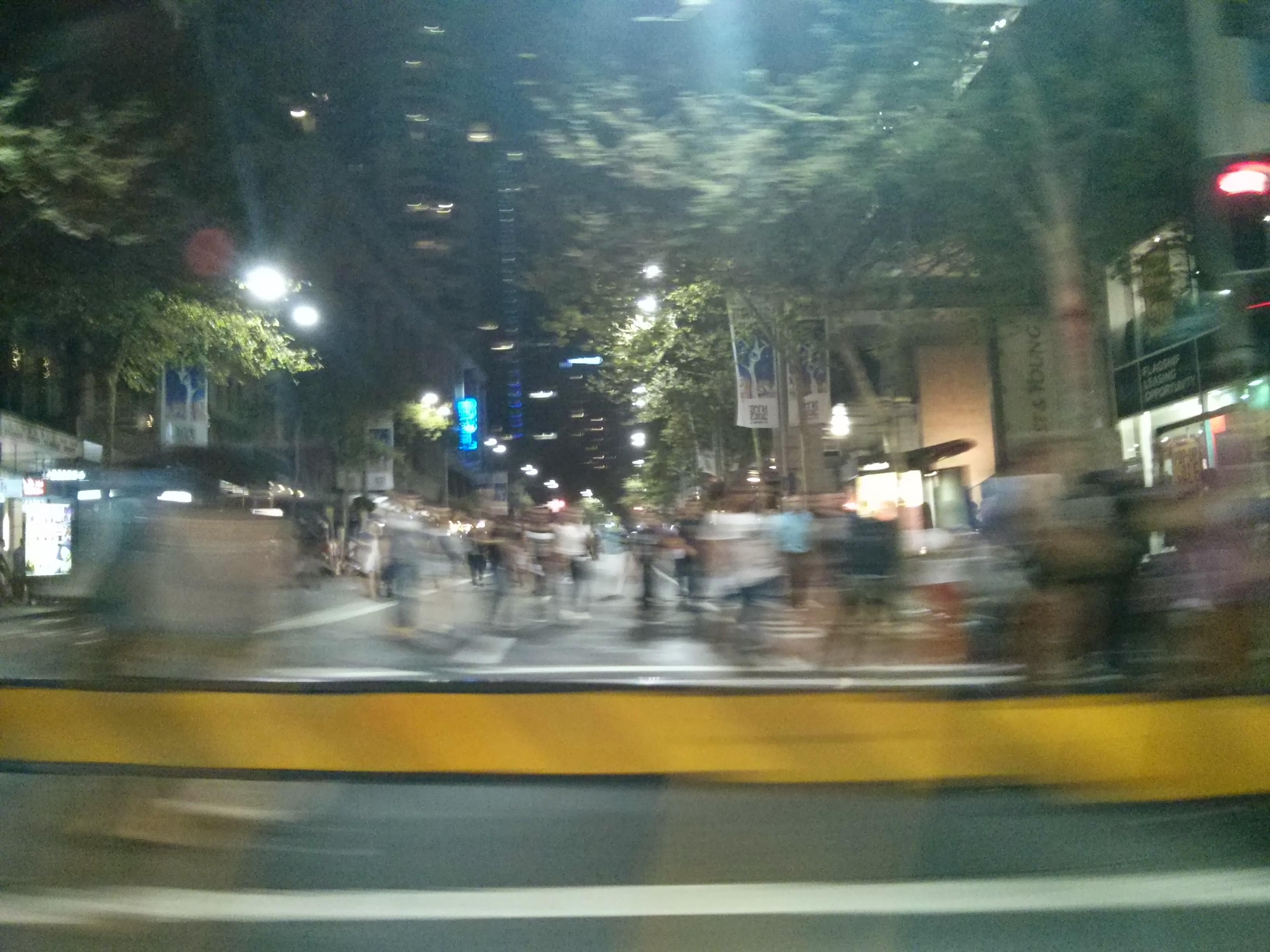 As I was catching a cab home last night, I took a photograph out of the window of the crowd enjoying their NYE in Sydney.

The reason why people drink alcohol is fairly complex. Why they drink so much on NYE is far more complex.

As I’ve chatted with friends and colleagues over the last few days, there’s been a recurrent theme: NYE is usually pretty crap. For my friends and colleagues, NYE never quite lives up to the hype. You go out with a bunch of people with an expectation it will be the greatest night of the year. There’s always some kind of drama (ranging from people who drink too much to not being able to get a cab). Soon, you realise NYE is not the greatest night of the year. There are probably many more far more enjoyable, far more meaningful days and nights of each year.

That said, I’ve had some really memorable NYE nights, including one with Graeme a few years back.

But generally speaking it’s all a bit too hard, and so I had made NO PLANS for this year. Well, my plan was to watch television and go to bed.

Mid-afternoon, however, my friend Kate told me she was planning to come down from Newcastle, and asked if I’d like to join her to watch the fireworks from her mother’s house at Drummoyne. Kate’s mother has a waterview, and although we didn’t see the great detail those at Circular Quay would have seen, I had a really lovely night chatting with her and her family and having a few drinks.

In my younger days I might have been tempted to have a few drinks too many and make a night of it. But this year at about one o’clock, I decided it was time to go home. “I could stay, but I just want to go home to my own bed”, I told one of Kate’s sisters when she suggested I sleep on the couch. I walked up to the main street of Drummoyne and got a cab within a few minutes of waiting.

As we made our way back through the city, there were countless people coming up to the cab as we stopped at traffic lights. “Why do they do it to themselves?”, I asked the taxi driver rhetorically.