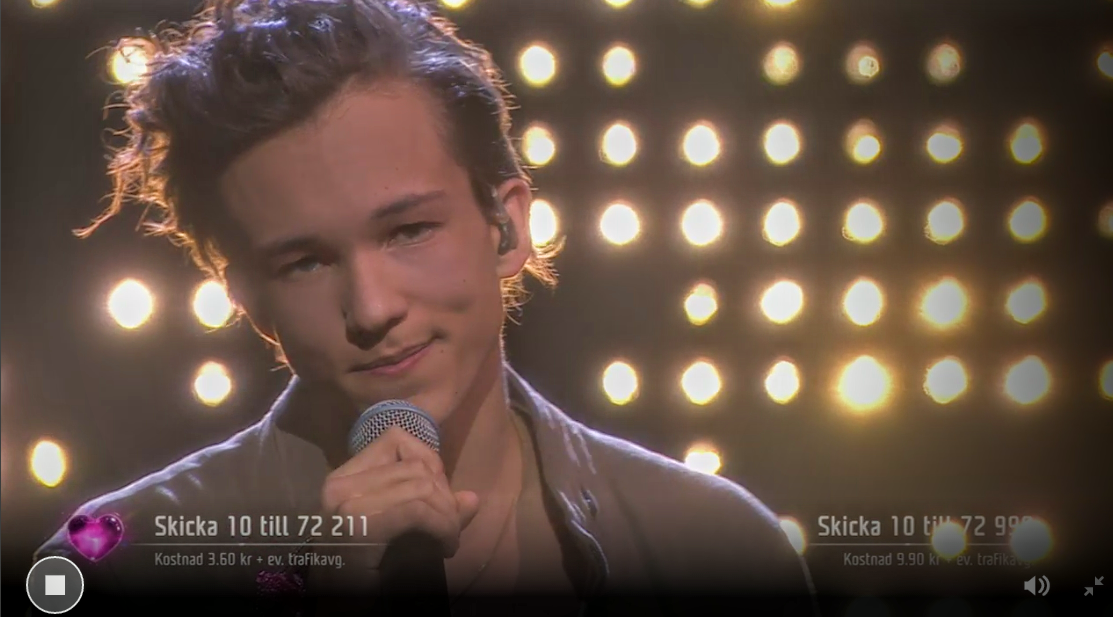 It was another early morning for me, up and out of bed to watch Melodifestivalen, the event which chooses the Swedish entry for the Eurovision Song Contest.

A decade ago, I would have read the results online, and then waited several weeks for the DVD release, before I actually got to see the event itself. A few years later, a few of us went through a phase of torrenting a video file (which tooks hours and hours). And then, SVT began to video stream the event. At first, it was a little scratchy, with lots of buffering. But this year and last, I’ve been able to watch the event without any problem at all. And thanks to Chromecast, it’s now on “the big screen” not just my laptop.

The other big change this year is that Australia was invited as one of the “international juries” which has an input into which song Sweden chooses. Ultimately though, it’s the public vote that wins in the Swedish voting system that, this year, will become the voting system for Eurovision also.

And this year they chose Frans. Yes, just the one name. As a child, he had a novelty hit record in Sweden, with a song about the legendary footballer and national hero, Zlatan Ibrahimovic. As a young man in his late teens, his song for Melodifestivalen was one of those soppy, inoffensive ballads that will never set the world on fire. Nor will it sink without a trace. “Lagom”, as the Swedes might say.

To be honest, there was nothing in this year’s contest which set my world on fire. For a number of years, the song has been better than the program presentation. This year, they reversed it, with a really tight, well-presented series of heats leading up to this, but with fairly mediocre songs, sadly.

Still, Eurovision is like the footy: you stick by your team through thick and thin. Go Sverige!