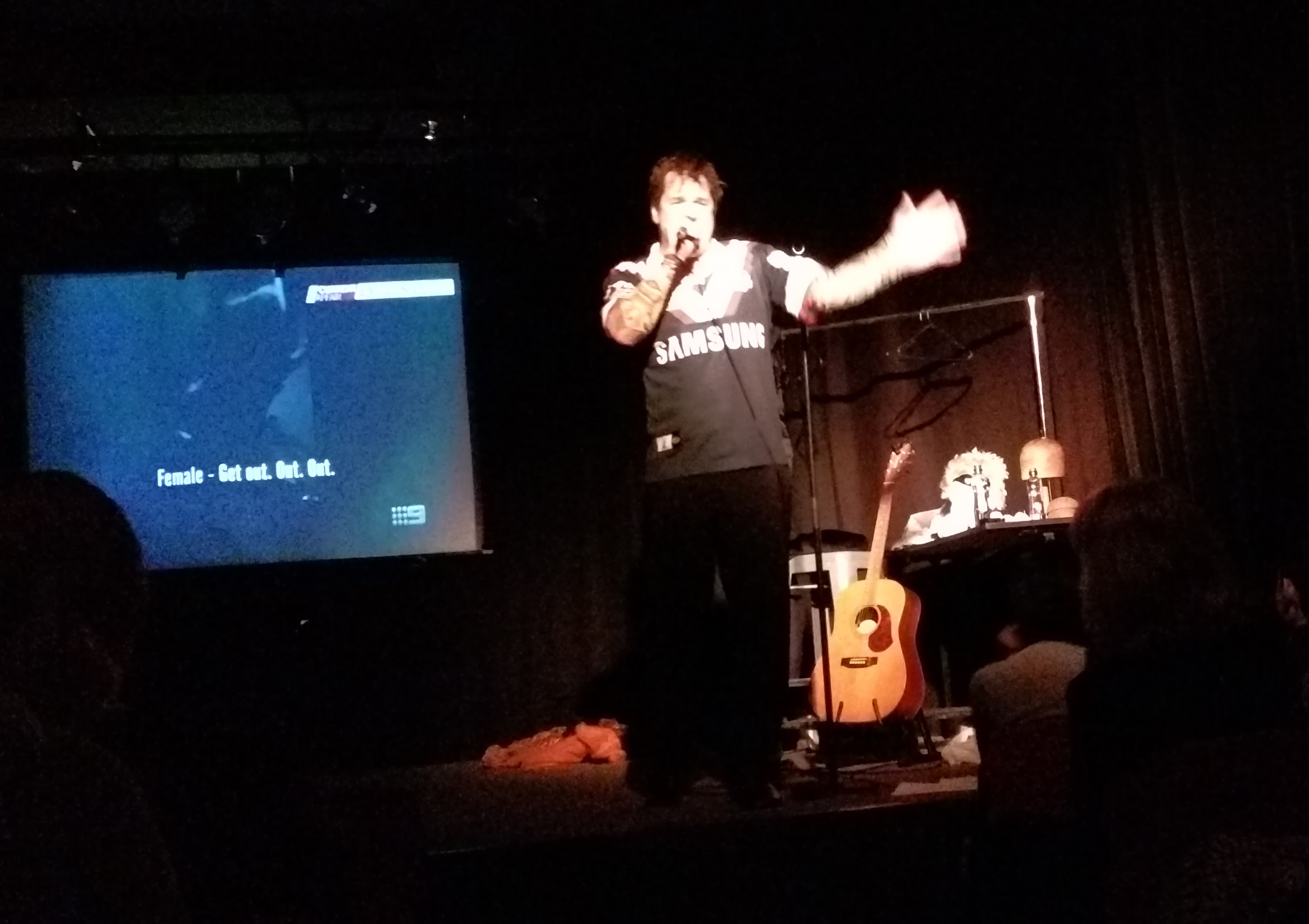 As I sat and sipped my beer (in plastic, no doubt a sign of the end of Western civilisation) waiting for the theatre doors to open, I wondered if I knew enough about rugby league to enjoy “Rugby League – The Musical”, tonight at the Sydney Comedy Festival. Though I know a bit about the game, and know most of the major news and events, I don’t follow it closely. Ask me what happened last weekend in a particular match, or what I thought of a particular less well-known player, and I’d be scratching my head. I’m what you might call a “rugby league generalist”, more than a “rugby league specialist”.

But not long after the show began, I didn’t feel too “left out”, surrounded by people who probably knew a hell of a lot more about the game than I did. In fact, there were a few occasions when I laughed out loud before the rest of the room, possibly because I’m older. There are comedic and musical references going back to the 70s and 80s, right up until today. And while there are some very specific references to controversies you would probably need to know a fair bit about the game, there were lots of jokes and insights for the rest of us too, including a couple of laugh out loud moments about Todd Carney and Mitchell Pearce. Denis Carnahan presents a good show. As I said on Twitter tonight, it was like the footy show, but clever and actually funny, and with a more sophisticated sense of humour. I really enjoyed it.

I haven’t posted much in the last couple of weeks (a quiet life), I’m doing a fair few shows at the comedy festival, so I’ll be sharing a little more.