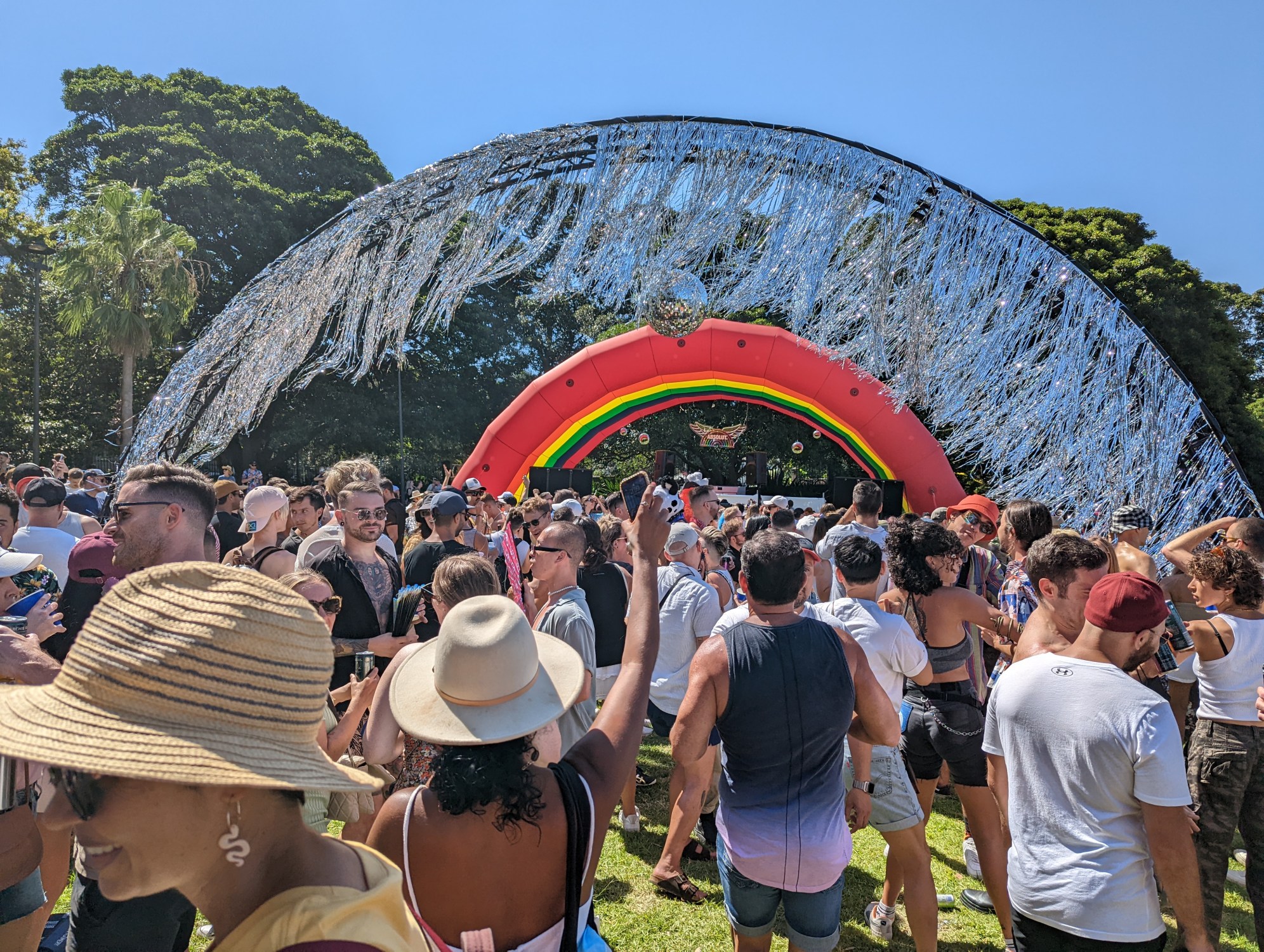 For the first time today in decades, I felt that all too common feeling of sunburn on the back of my neck. Though sunburn was pretty common when I was a child, I’ve had long-term awareness about the risks of skin cancer, especially since I have fair skin and red-haired ancestry, always wearing a hat and sunblock to significant outdoor events.

I picked up this very minor case of sunburn, attending the Sydney Gay & Lesbian Mardi Gras Fair Day. It could have been worse, of course, I could have picked up COVID. A couple of people I know who attended did just that. As this was a pretty major public event, with tens of thousands attending, I kept my facemask firmly on for most of the day.

There was, however, as a moment when a friend and I were tempted to join the dance floor, but we decided not to join the throng and instead had a brief dance on the very edge of things. They were playing “Murder On The Dance Floor” by Sophie Ellis-Bextor, so you can probably imagine the temptation!

It’s Mardi Gras season in Sydney, and, as with the last few years, I’m actively involved through the ABC Pride staff group at the ABC. We had a stall at Fair Day where we talked to people and raised money through merchandise sales. Raised money? Despite the ABC now being the broadcast partner, we are not funded by the ABC to march in the parade. Instead, we have sold merchandise, and (when we still could) held bake sales etc to raise the funds for a float.

I’ll be marching next weekend, which I’m looking forward to, and so part of the weekend also involved some float preparation. I’m still trying to remove purple paint from my shorts!