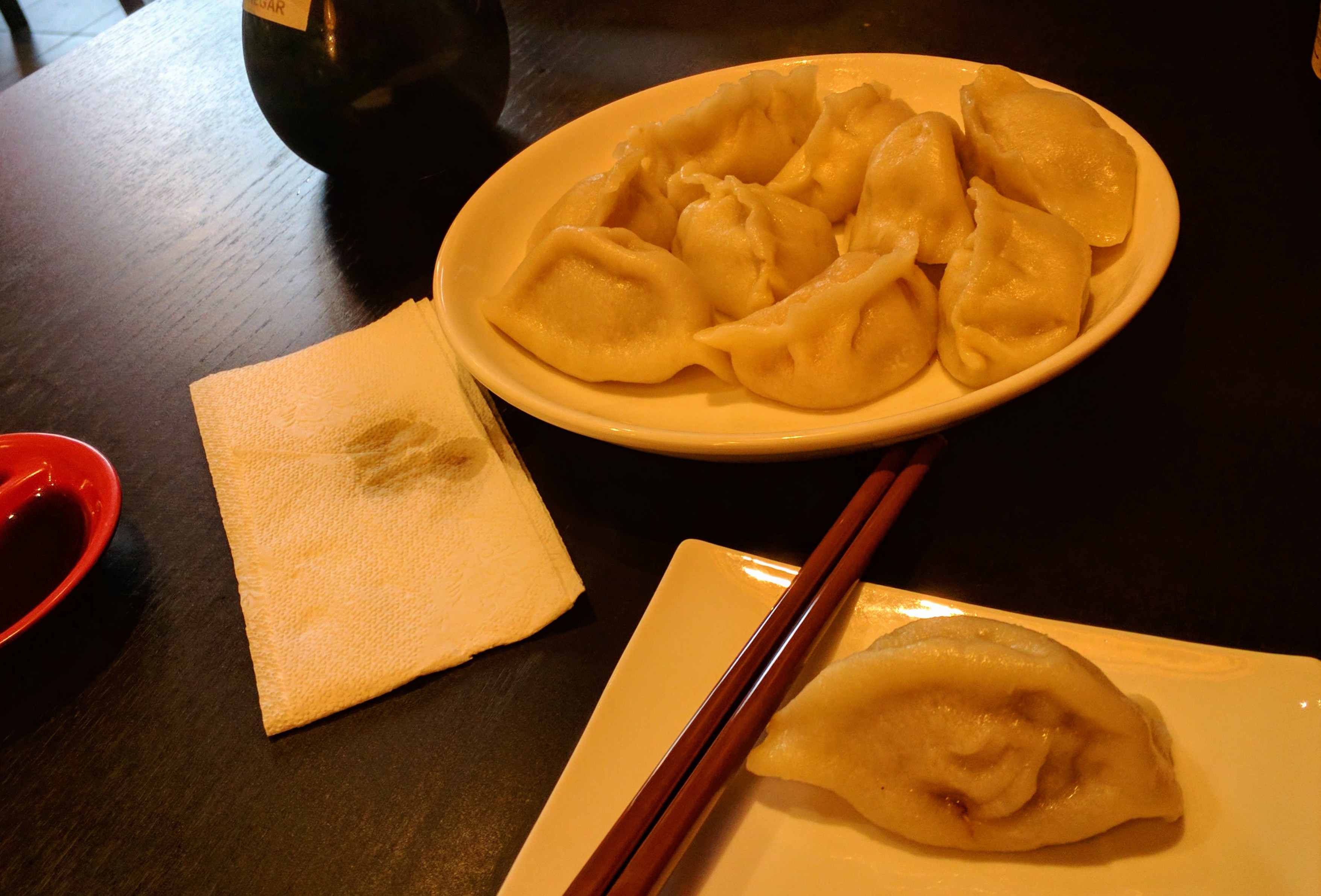 A couple of weeks ago I was sitting at the bus-stop near the corner of Cleveland and Crown Streets (Surry Hills) and a Chinese guy came up to me, asking for directions. He showed me a piece of paper with the address “432 Cleveland Street” written on it. As I don’t speak Chinese and his English was limited, it was a case of “look, point and direct”. Not all the houses/buildings in this area are numbered, so it took a moment or two to identify 432 as a small local restaurant called “Bei Jing Dumpling”.

I’d been there only once, not long after it opened, and to be honest, I wasn’t that impressed. I thought the food was OK, and I was actually the only person dining there.

But after helping that man the other week, I’ve wondered if it was worth revisiting. That someone was travelling with a piece of paper with only an address, made me think there may have been something more special about the place that I hadn’t previously considered. And so late this afternoon/evening I did.

Arriving late afternoon there were only a handful of people. But by the time I left (45 minutes later) the place was packed. I had dumplings with pork and cabbage, and they were excellent. Freshly made. On top of that, the staff seemed very friendly. I was the only non-Asian person eating there, so it looks like the hipsters of Surry Hills haven’t discovered it yet.